Chilling out in Granada

After dog sitting for 3 weeks and not drinking for almost a week, we decided to let our hair down in Granada for a couple of days.
Watch out Granada here we come.


We stayed in a different part of the city than usual at Gala Placida Suites 1923, see review here, which was a beautiful place but it was difficult to park nearby, so we ended up parking about 1 kilometre away.
After settling in we went for a little sightseeing tour. Just a few hundred meters from the hotel we joined a path along the Rio Genil which we followed and it is a beautiful setting and it is hard to believe that you are in a city. There is a green area between the river and Paseo de la Bomba we eventually came across an exhibition of photographs of beautiful things from around the world highlighting the beauty of the environment and what we are doing to help keep it that way.

By the time we had finished  looking at these we were ready for lunch and having decided where to go we made our way along the streets and arrived at Bar Casa Julio, which was famous for its tapas, what we didn't know was that we would have to stand in the street outside to consume our beer and tapas. It was really good and very popular. Having stood up to have our lunch we thought that we deserved another beer and tapas at somewhere that we had been to many times, Bar Minotauro, which is not far from where we were, just off Plaza Nueva. It is well known for the display of notes on the walls from previous customers, but this time they were gone, maybe they had redecorated and were going to put them back?
From there we burned off some of the calories that we had just consumed by walking up the road to the Alhambra, the small street is full of Moroccan shops selling what Moroccan shops do best. We also passed a busker, see photo.


Entering the Alhambra through the Puerta del Vino we made our way through the crowds to the Palacio de Carlos V, which was never completed and looks very much like a bullring, which it wasn't. Inside this building there are two museums, we were visiting the Museo de Bellas Artes which is a fine arts museum containing a lot of 17th-century religious art, this all has free entry.

On leaving the Alhambra we walked across the road to visit the gardens of the Carmen de Los Martires, which we have visited before and has free entry, the gardens are beautiful and well worth a visit.

On the trip, we spotted some street art that we hadn't seen before. 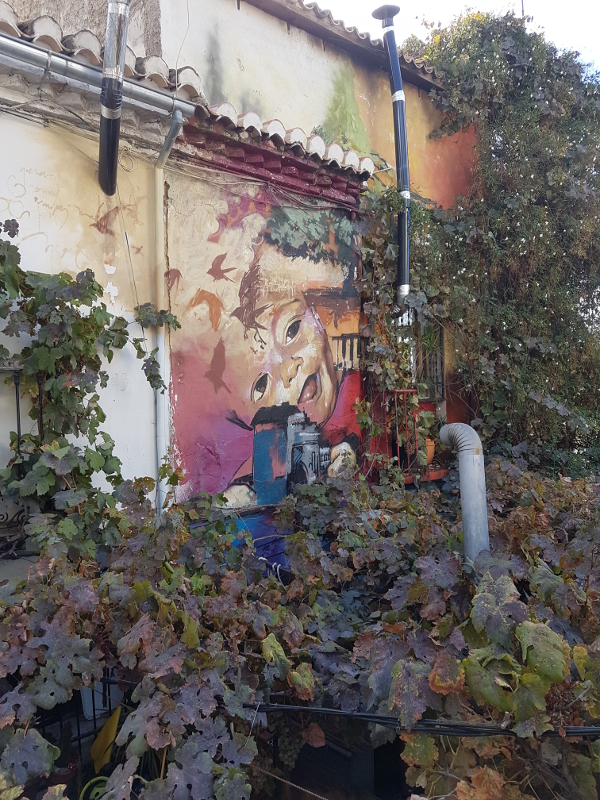 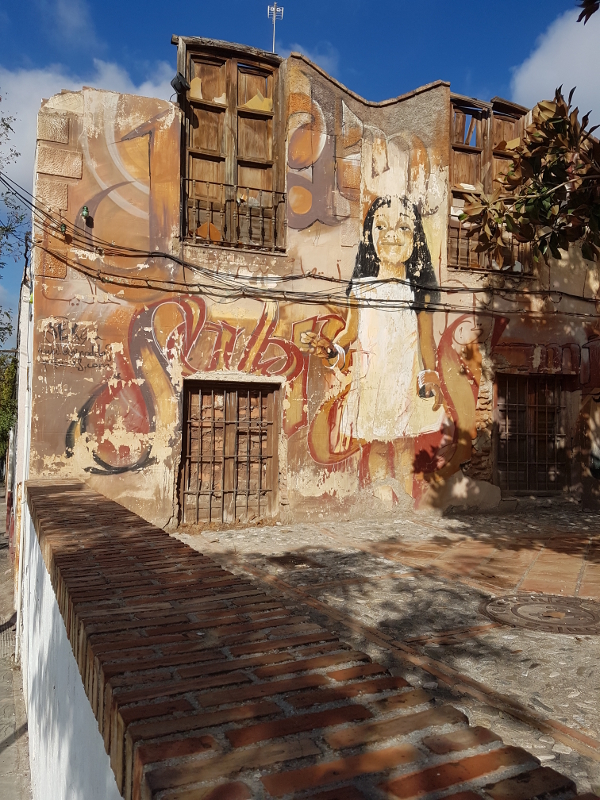 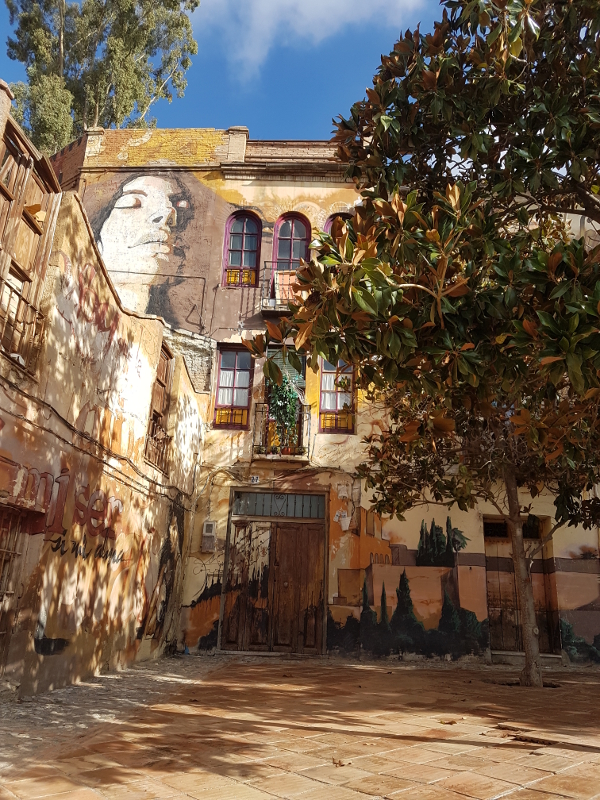 Our little sightseeing trip lasted about four hours.
After a rest we decided to have our evening meal at a Vegan restaurant called Hicuri Art Vegan, so we had another little walk there and realised that we had stayed in another hotel very close to this place. We arrived just in time as soon afterwards it filled up quickly. The meals were good but for us were lacking something (cheese).


After breakfast, we took a short stroll down the Rio Genil, in the opposite direction and had coffee at a riverside bar before returning home.

We managed to catch a glimpse of the first snow on the top of Sierra Nevada on the way home. 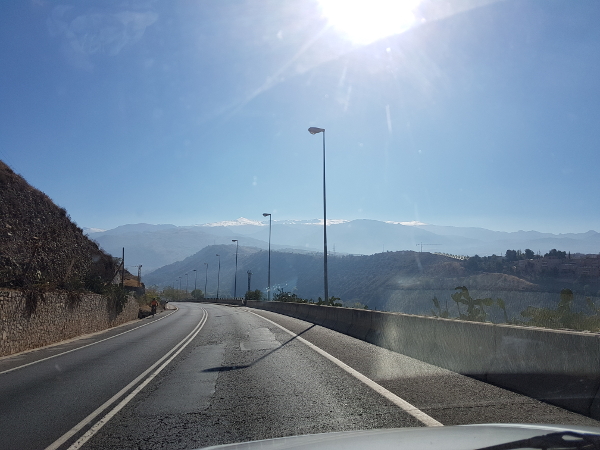