Uneventful trip to Cabo de Gata apart from the wardrobe door falling off in my hand. We stayed at Camping Cabo de Gata where we had not stayed before, it was okay but it was in the middle of nowhere next to plastic greenhouses. It is about 2 kilometres walk to the beach. Although the wi-fi was free it was only available near the reception and restaurant. Went for a bike ride along the coastal road and it was very windy but flat. 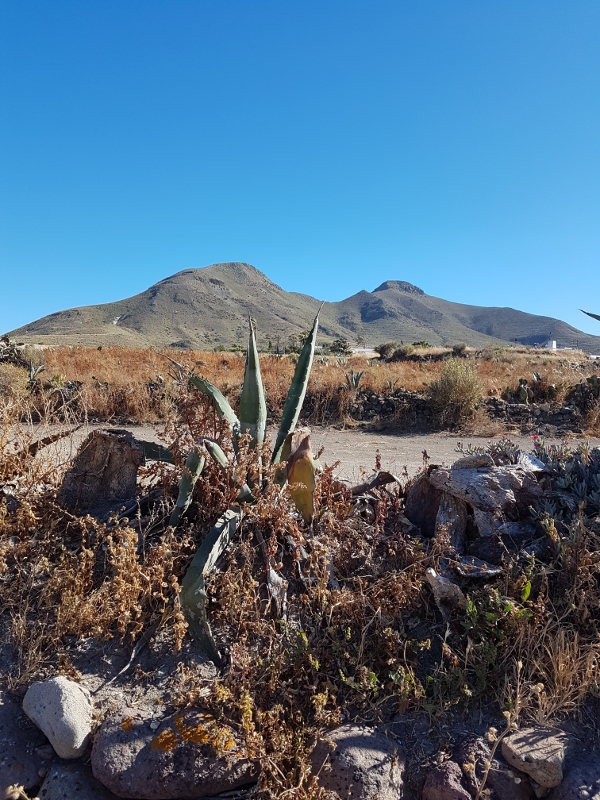 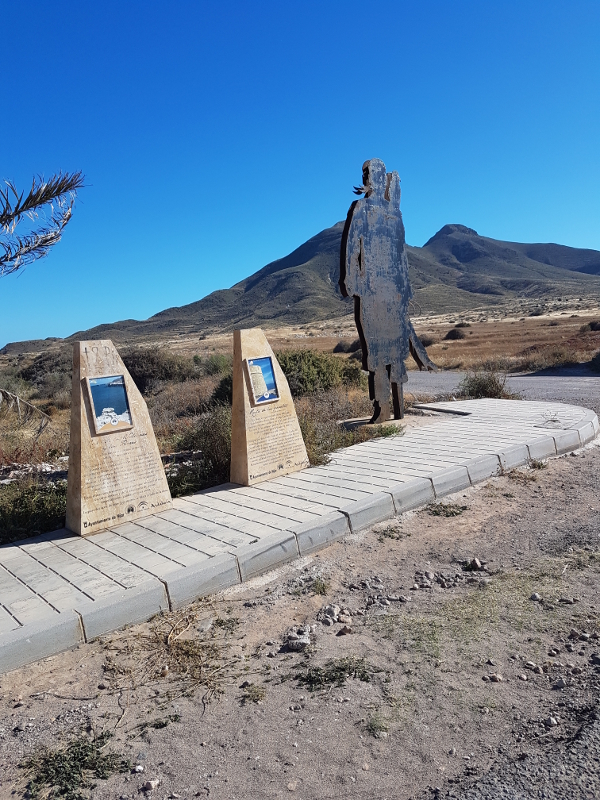 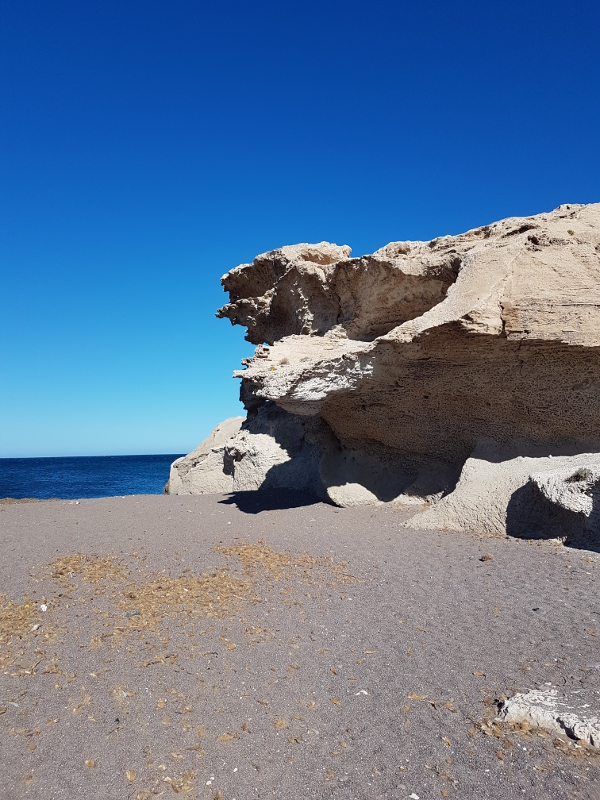 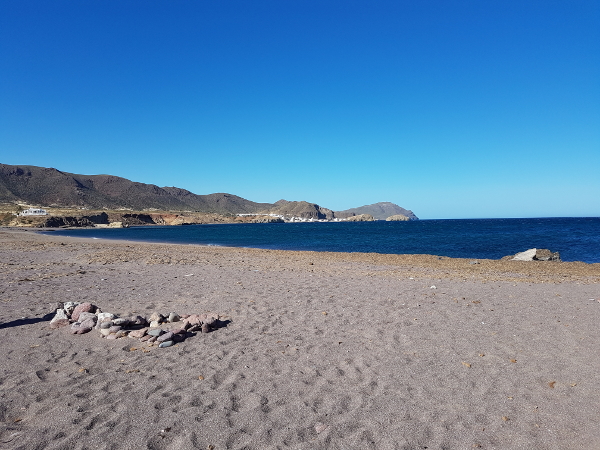 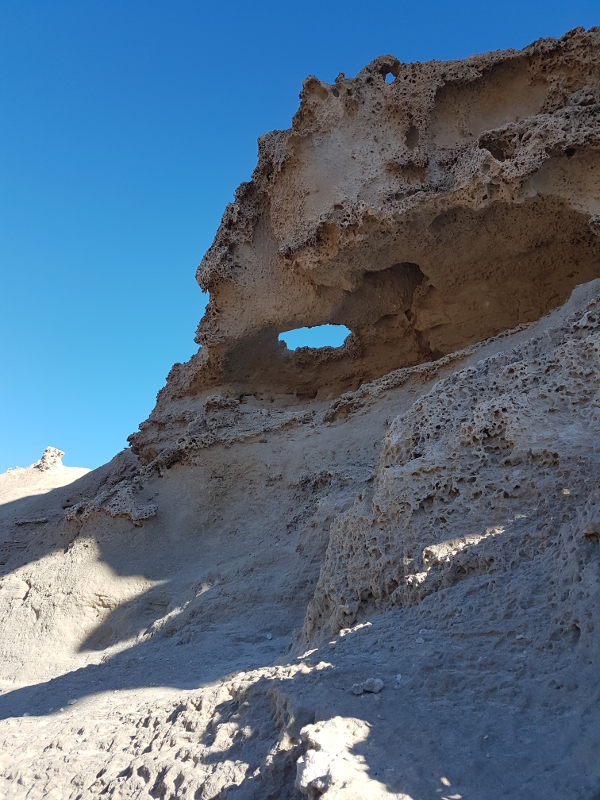 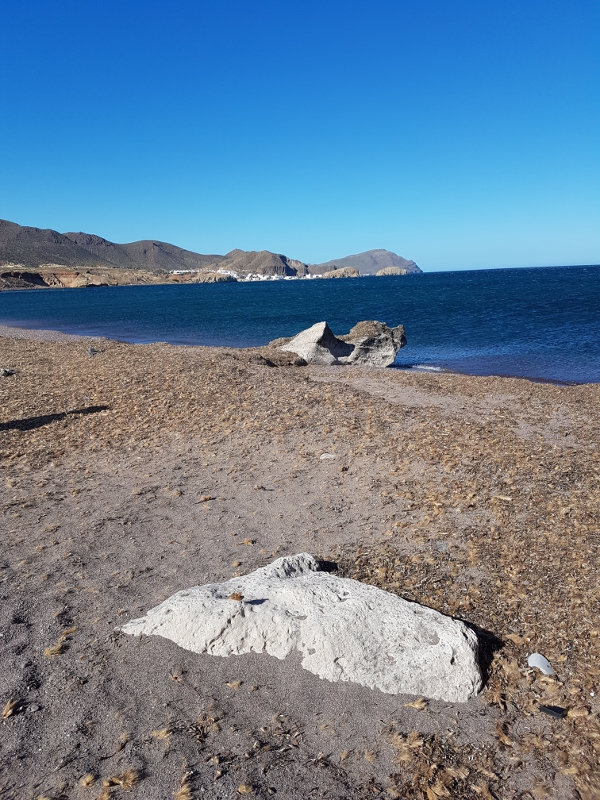 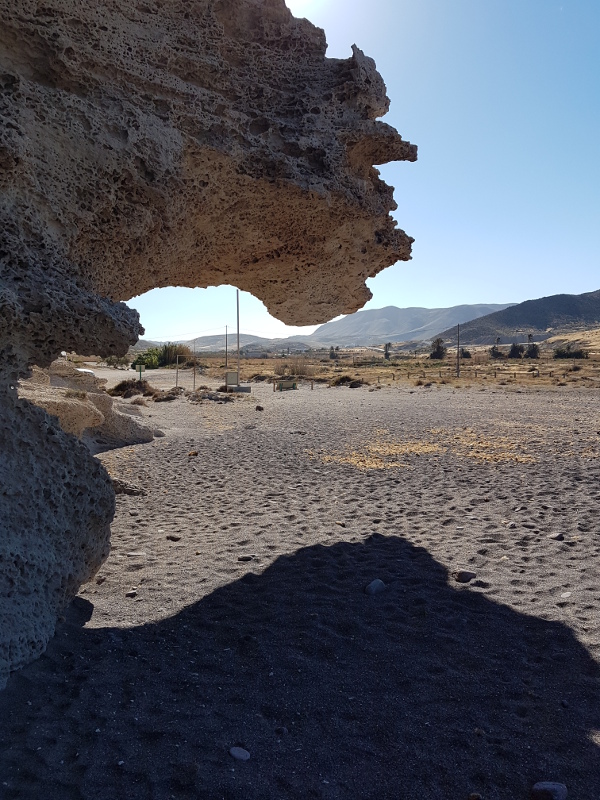 Moved to Camping Los Escullos which is near San Jose. The campsite is very nice and the wi-fi was really good, it was free and available all over the site. Cycled to San Jose which was not very far but it was very windy again so it was a difficult ride into the wind, but easy on the way back. Did a little walk to the nearby beach and had coffee in Hostal Casa Emilio which also do very nice food as we have sampled before. We had Pizza from the restaurant on the site that night which was very tasty. We tried out the nice pool but it was too cold for us. 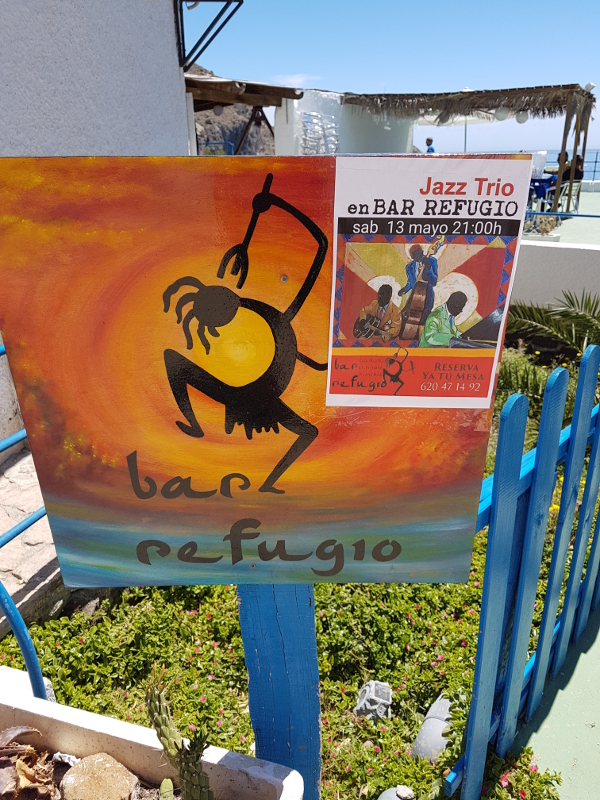 The next day we did an easy bike ride NOT. The book said it was easy but tell that to our hybrid bikes who didn't like the track at all and refused to be ridden along parts of it. Maybe it would have been easier on full mountain bikes. We have walked this track many times but never realised how stoney the track is. Eventually made it to the end of the track near San Jose where we called into a very nice bar called Refugio where we enjoyed a well-earned coffee. 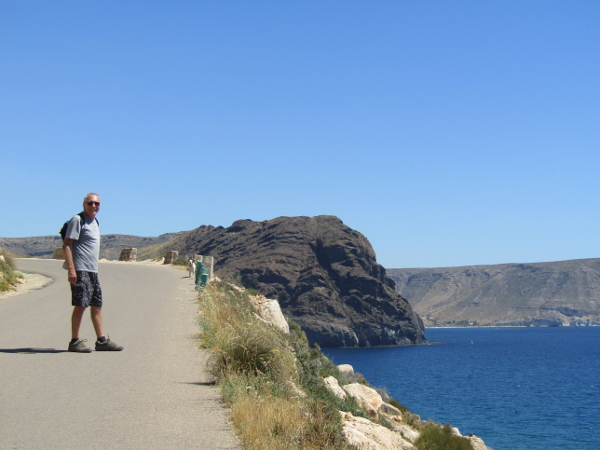 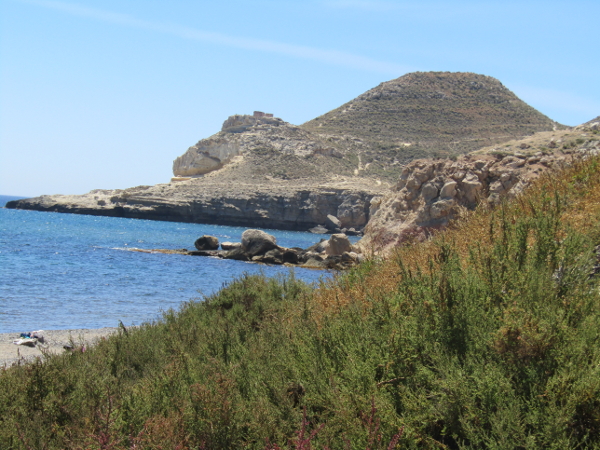 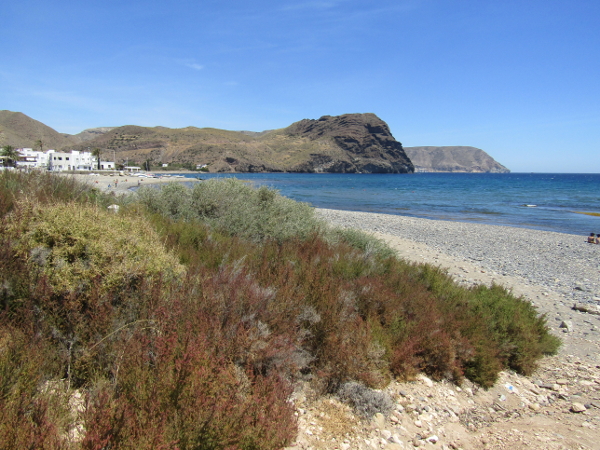 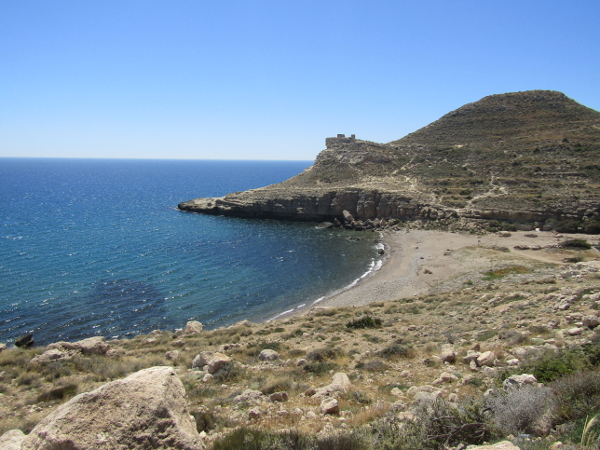 Drove to our last port of call on this holiday Las Negras to Camping La Caleta which is in a little bay just outside Las Negras. Perfect for walking along the coast towards the Bateria de San Ramon or walking back through the village along a track to the hippy encampment at San Pedro. The campsite was pretty quiet, even though there were a few couples with babies, the restaurant was not open as it was too early in the season. The wi-fi was good all over the site and was free. The pool was also nice but the water was too cold for us, although we did try it for 5 minutes.