Beautiful beaches in Tarifa and the Costa de la Luz

Drove to Camping Paloma via toll motorway, much better than using the free one. Tarifa is a great place to go if you are into Kite or Wind surfing. In Tarifa, we went for a walk on Playa de Valdevaqueros with Scoobie where the were hundreds of kite surfers and some windsurfers in the sea and on the beach. As we were walking along a kite suddenly dive bombed us and I let go of Scoobie and fended off the kite, good job it didn't have a heavy frame or I would have had a broken arm. Scoobie was very frightened and had her tail between our legs and was desperately trying to pull me off the beach, not happy at all. We walked along the beach in the dunes and Scoobie calmed down a bit. 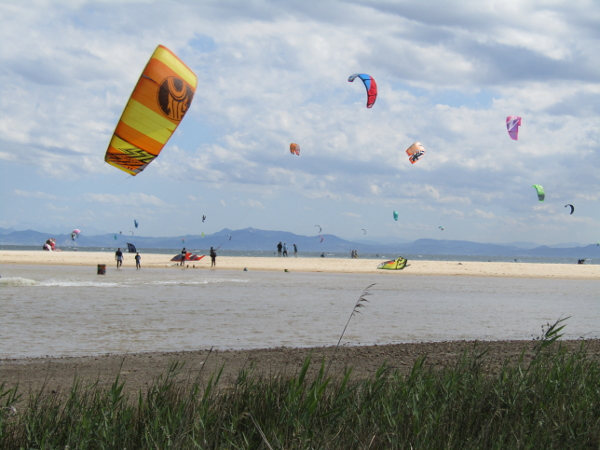 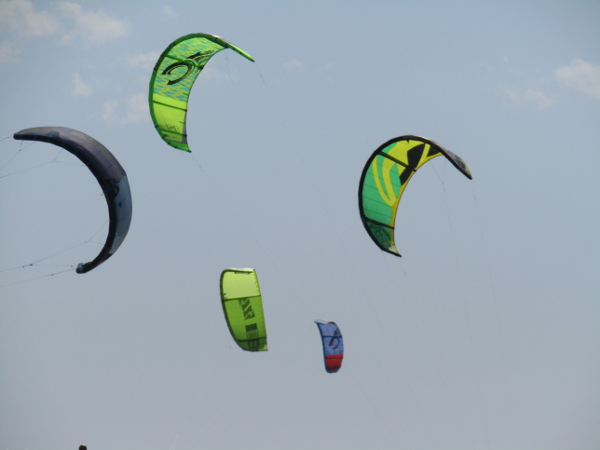 Went for a 30 km bike ride from the campsite around Tarifa and back. On the way back we called in at Mercadona for something for dinner as the restaurants nearby were closed on Mondays, we bought cheese pies and they just happened to be the last two, which is always the case in every Mercadona that we shop in. Walked for an hour along the beach, no dive bombing today as it was Monday and the surfers were all back at work, so Scoobie enjoyed it.


Moved to Zahora where we found a wonderful campsite called Camping Pinar San Jose that had first class facilities and was only one kilometre from the beach. Walked to the beach at Canos de Meca to find lovely sand and very few people. There was no wind so we walked towards the lighthouse at Cap de Trafalgar, it is such a beautiful beach that it is hard to imagine the loss of life that took place during the Battle of Trafalgar in 1805, then we cut across the dunes back to the campsite.

Had a meal across the road from the campsite at Hostal Restaurante Los Pinos. We were disappointed with the meal, it looked nice but the portions were small and nothing special.
The wind got up during the night but we still went for a bike ride which was not easy, but it was fairly flat. Had a meal in the campsite restaurant, which was very nice. 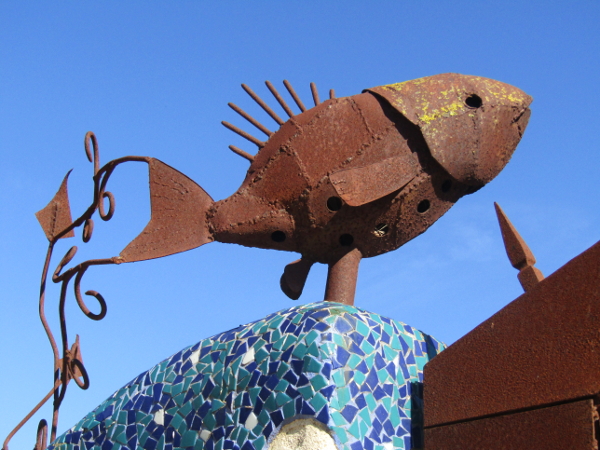 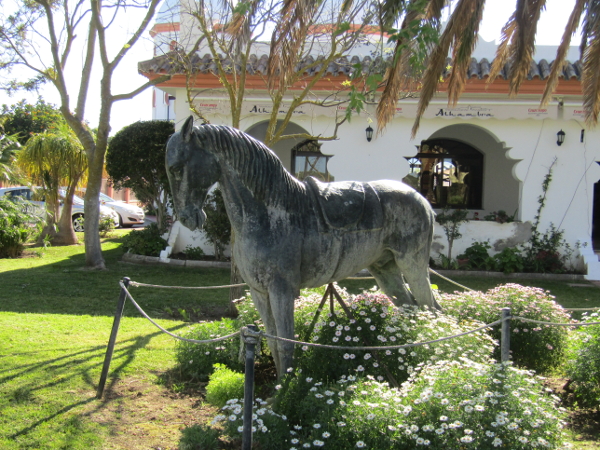 Went to Camping Rosaleda in Conil de la Frontera, which was the best campsite on the trip, with spacious plots and very modern services. In the evening we had a choice of entertainment, line dancing or whist, both of which we declined.
Walked into town and onto another fabulous beach of Conil de la Frontera where one person actually braved the sea, too cold for us.