We decided to do a new walk today. Parking the car at a mystery place and started walking along a track, this soon disappeared and we were left walking through the olive groves.

It is that time of the year again and today was the final of Strictly Come Walking. The two finalists were Scoobie Deeming & Max Peers both seasoned walkers. The judges Cyril 'Revel' Deeming and Chris 'Darcy' Deeming also seasoned walkers. More of Strictly later.
Eventually, we joined a track that we had used before where we met up with three people with dogs, we thought that they were walkers, but they were collecting mushrooms. The dogs were quite big so we had to put Max on the lead, he still snapped at them though. Shortly afterwards we took a track off to the left which eventually ran out so we ended up skirting around the edge of a field upon a marked track, by which time we were in the high mountains. 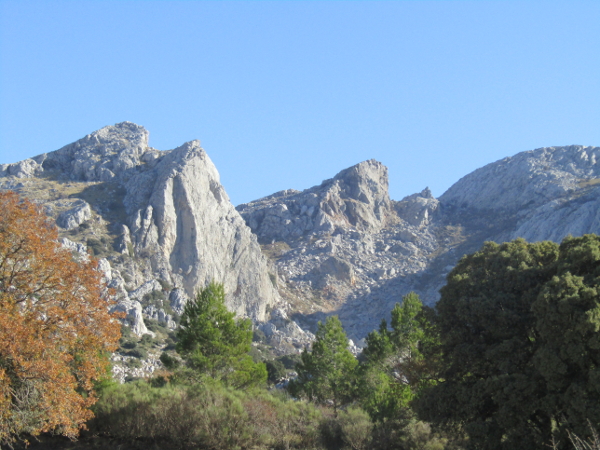 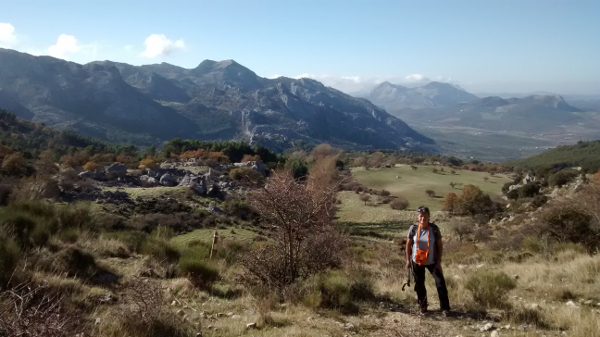 Looking up at the top of the ridges we soon spotted two Ibex keeping an eye on us and the dogs, so we decided to put Scoobie on the lead as she had seen them too and she likes to chase them. After about two hours of walking, we decided to stop for lunch near a cave with great views. 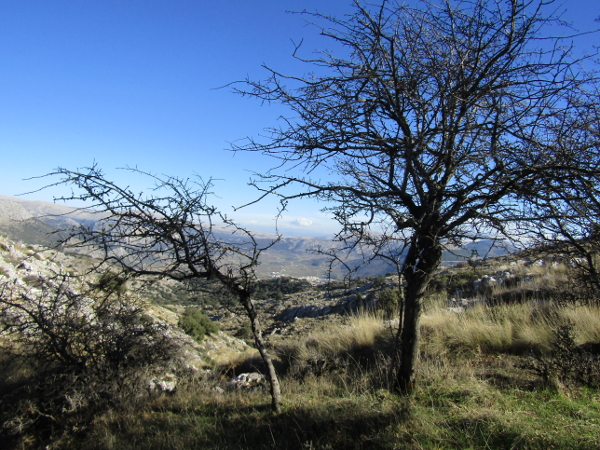 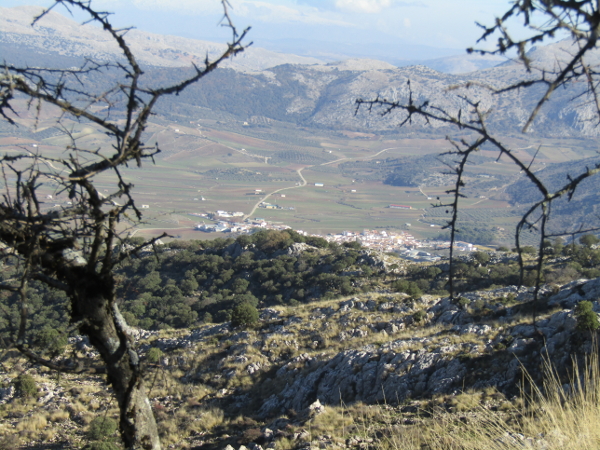 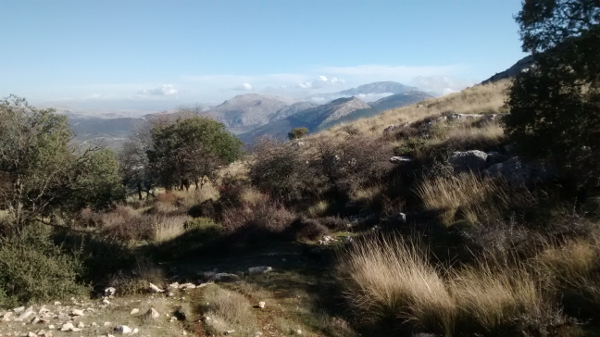 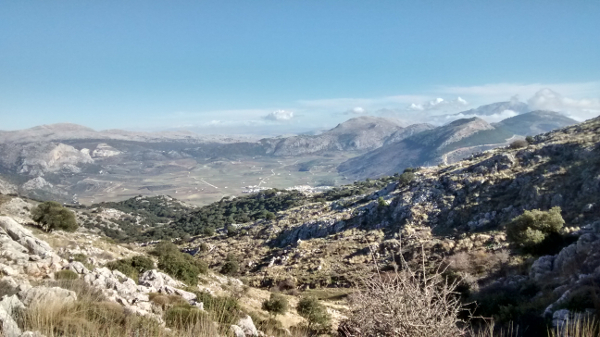 We then came across some sheep and goats luckily Scoobie was still on the lead or there would have been another chase but Max was really good and when we thought that he was going to chase them we just said no and he didn't, well done Max. 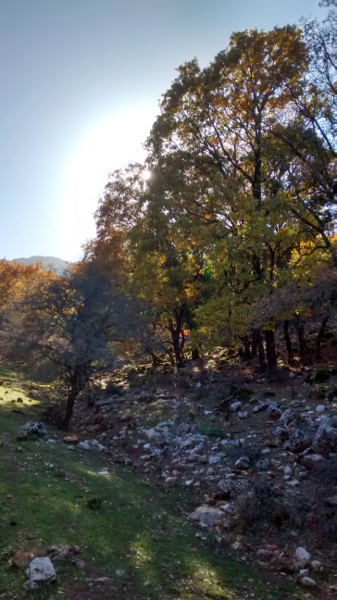 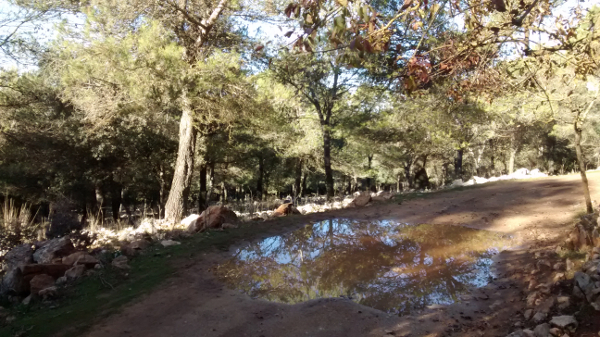 Later we walked through a campsite where some families where picnicking. Then we started the last five kilometres mostly downhill (apart from three hills) back to the car. 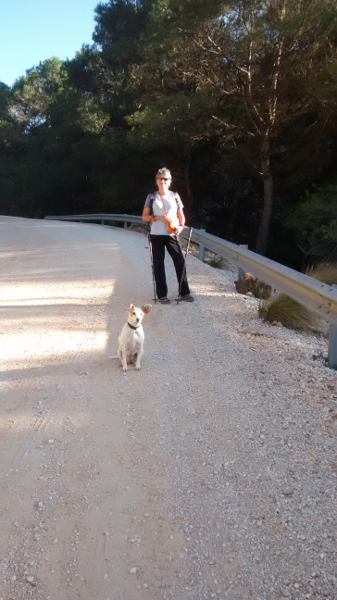 The weather was brilliant during the whole of the five hours on the voyage, a perfect day for walking. Unfortunately, although the walk was only about 14 kilometres, it would not be suitable for our walking group to do as it was too hard. When we got back to the car the Strictly judges decided that both dogs scored 9 points each, so it is now down to the public vote as to which one wins 2016 Strictly Come Walking.