Midsummer madness home and away

What shall we do Friday night? I know let's do a 6k race at 10pm in Villanueva del Trabuco. So that's what I did and I ran so fast that I ended up getting Achilles tendinitis. 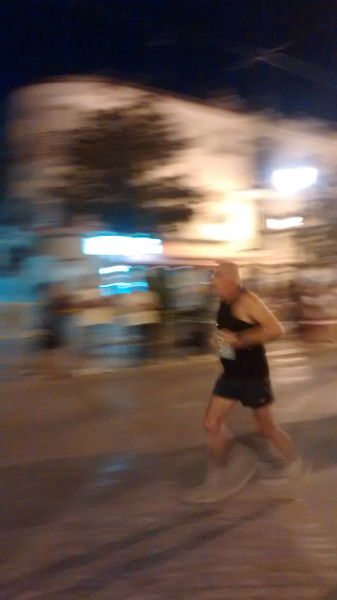 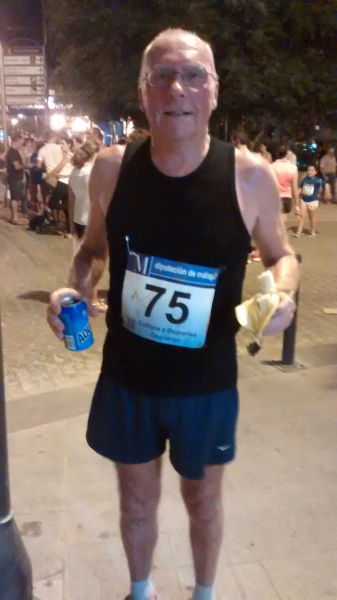 The next day we were off the Sierra Nevada in the motorhome for some high-level walking. Because of my injury, I had to have a couple of days rest, swimming, and lounging by the pool on the campsite, stretching and icing the tendon as well. Chris did a little walk on her own the second day. By the third day it had improved so that I could do a 2-hour walk through the forest near the campsite, then back to the pool as the temperature got up to 39c. The fourth day we drove up to the skiing area, having breakfast on the way up to the 2250 metres ski resort,

and did an 8-kilometre walk which was 90% in a forest and much cooler only getting up to about 25c. We started the walk at Fuente Alta instead of the usual starting point at a car park because it was closed. This turned out to be better for us as Fuente Alta is a museum of an old farm (which we have never seen open) and had picnic tables some of which were in the shade. So when we finished we had a nice picnic lunch at 2150 metres. 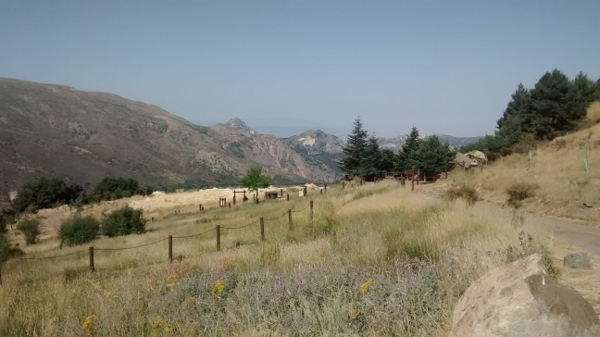 After lunch, we drove up above the ski station to an auberge where we had a nice cup of coffee then took a new route back to the campsite. Soon after the start of this route, we came to a mirador called Monte Ahi de Cara, which had some magnificent views of the Sierra Nevada.


The next day we had a leisurely breakfast, too leisurely, then went for a walk at 10 am, far too hot. Managed to do 2.5 hours which was enough. As we were walking passed mirador Los Alayos Scoobie picked up a scent and almost pulled me over we soon found out why when we spotted two Ibex.


Good job that we had her on the lead or she would have been gone. It was so hot we must have looked bad as we had two offers of lifts when we were walking back to the car. Had to go for a dip in the pool when we got back to the campsite to cool down.

The last day we skipped breakfast today so that we would get out walking before it got too hot. Started walking a 8:50 am and did a new walk for us to Toma del Canal in the Sierra Nevada mountains. It was a beautiful walk and took us abut an hour and a quarter to get to the end which was an old water pumping station on the banks of the river Dilar and was a great place for a picnic and a dip in the river to cool down. 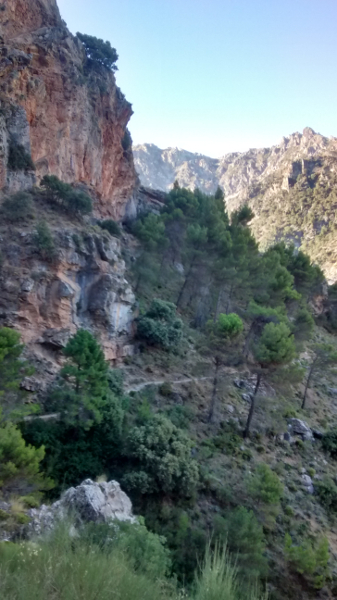 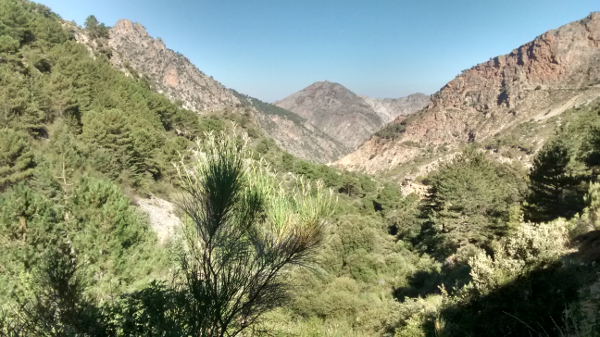 Unfortunately, the sun had risen above the huge mountain of Trevenque for the return journey but it was not as hot as we thought it would be and we will definitely be returning to do a bigger loop when the weather cools a bit . On the way back to the campsite we called into restaurant El Hervidero for a well-earned coffee and tostada aceite con tomate before making our trip back home.