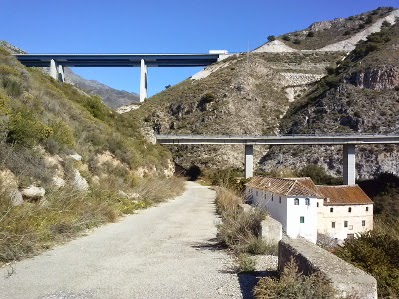 We did  a supposedly easy walk along the coast today. According to the book we were following it was supposed to easy and last between one hour and one hour 15 minutes. It all started off fine on a beautiful sunny day at Maro near Nerja from where we followed the route perfectly along the cliff tops heading in an Easterly direction. 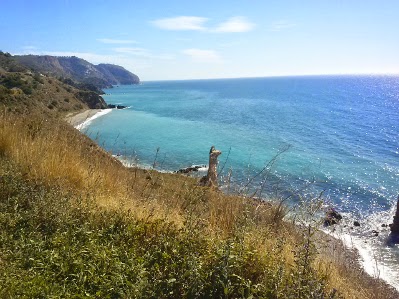 All was still going well and we arrived at the half way point where we descended down to the beach which were where all we had to do was to follow the beach back to the car. The first beach was very nice at the end of which we clambered over a few rocks to the next beach, the second beach was also nice but this time we had to do some scrambling which would not normally be described as easy but we managed it ok. Then came the third beach with the remains on an old tower half way along which was also very nice. At the end of this beach we hit our first problem we were supposed to clamber over some rocks to the last beach where we would ascend a ridge back to the car but the sea was too rough and would not be able to get over the rocks. 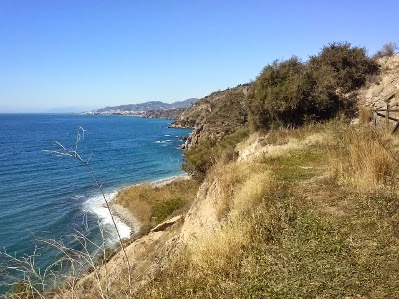 So the alternatives were go back along the beach to the half way point and then retrace out steps  back up to the top of the cliff's and follow the route that we had come on or attempt to clamber up the cliff on the beach that we were now stuck on to rejoin the original route back to the car. Guess which one we chose, yes your right clambering up the cliff's above the beach we were on. Well all I can say is that is was the shortest way back to the car but not the easiest. The cliffs were mainly scree and rubble with grassy bits. We tried to stick to the grassy bits where possible as most of the scree/rubble bits were a bit too steep and if we had lost our footing would probably have made it back down onto the beach below. We continued to make our way steadily up clinging onto clumps of grass a times. Eventually making it safely back to the car in two hours, another easy walk ticked off not. 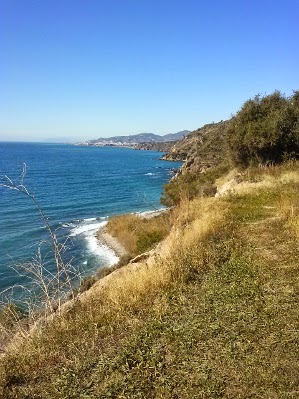 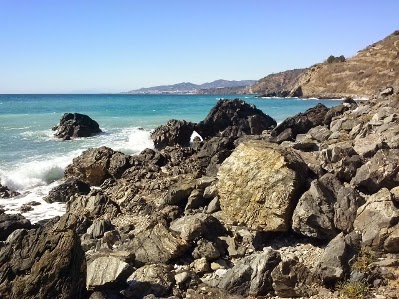