13th March Thursday
We loaded up the van and went to Glenfalloch woodland garden which were very beautiful. We drove to Sandfly Bay (not because of the sandflys but because it was windy and sent the sand flying up onto the dunes), both on the Otago peninsula, this was a lovely sandy beach again with penguins who were away fishing today. We drove back to the beach to the outdoor heated pool St Clair Pool where we swam 50 lengths but it was very strange as the water was seawater and salty we had wondered why one of the swimmers had a bottle of water next to the pool. Next we drove to Warrington beach to have a look at a free campsite but it had started to rain and it only had a toilet. We did not want to spend the rest of the day stuck in Tiny so we carried on to Moeraki where we booked onto a little campsite call Moeraki Boulders Kiwi Holiday Park which was only $22 and run by a Swiss guy. He only dealt in cash as he did not want anything to do with banks (that was strange coming from Switzerland). The sight was nice and the walls and ceiling in the kitchen were covered with messages from previous campers. 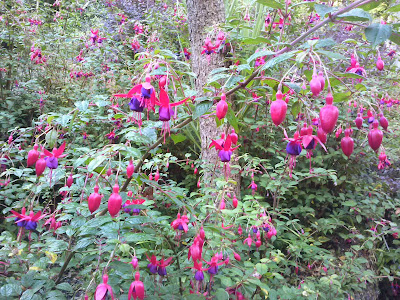 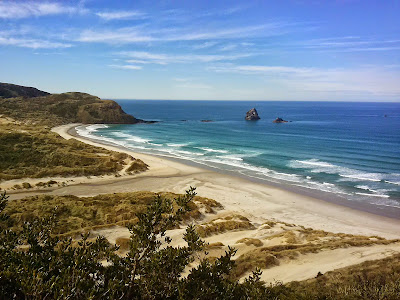