24th February Monday
Woke up and were undecided as to what to do. We had two different ideas so we tossed a coin and I won so that meant that we would drive to the start of the Queen Charlotte Track at Anakiwa. When we arrived there the sign said that you had to pay to walk the whole track which would take 3 or 4 days, but then we saw another sign which said that you could do the first part as a day walk for free, we had planned to just do a day walk anyway so that was just what we wanted. We walked for 2 hours past Davies Bay to the lookout along a lovely track mostly in the shade with occasional views of the Queen Charlotte sound. There was a campsite and toilets at Davies Bay which were exactly half way on our route for the day and the campite was a DOC site costing $6 with just water and toilets. The track was also used by cyclists who had to give way to walkers and we were passed by quite a few all of them were very good.The views from the lookout were marvellous and we took a few photos and had a drink and a little snack before walking back to Tiny. We did manage to pass one cyclist who was very old and he was pushing his bike, and he did say that it had taken him an our to do 4k. Even we go faster than that on our bikes. On the way back we stopped at the campsite for a toilet break and just after Chris realised that she had lost her sun hat  so we had to go back to find it as it was very hot and sunny by then. We found it beside the track after about 10 minutes walking then continued the walk without any incidents. We drove to Havelock for lunch but decided not to stay and so continued on to our next destination which was Nelson. We eventually found the campsite as it was a different name to the one we had in the book, but we got there in the end for a welcome shower and settled down for the night. 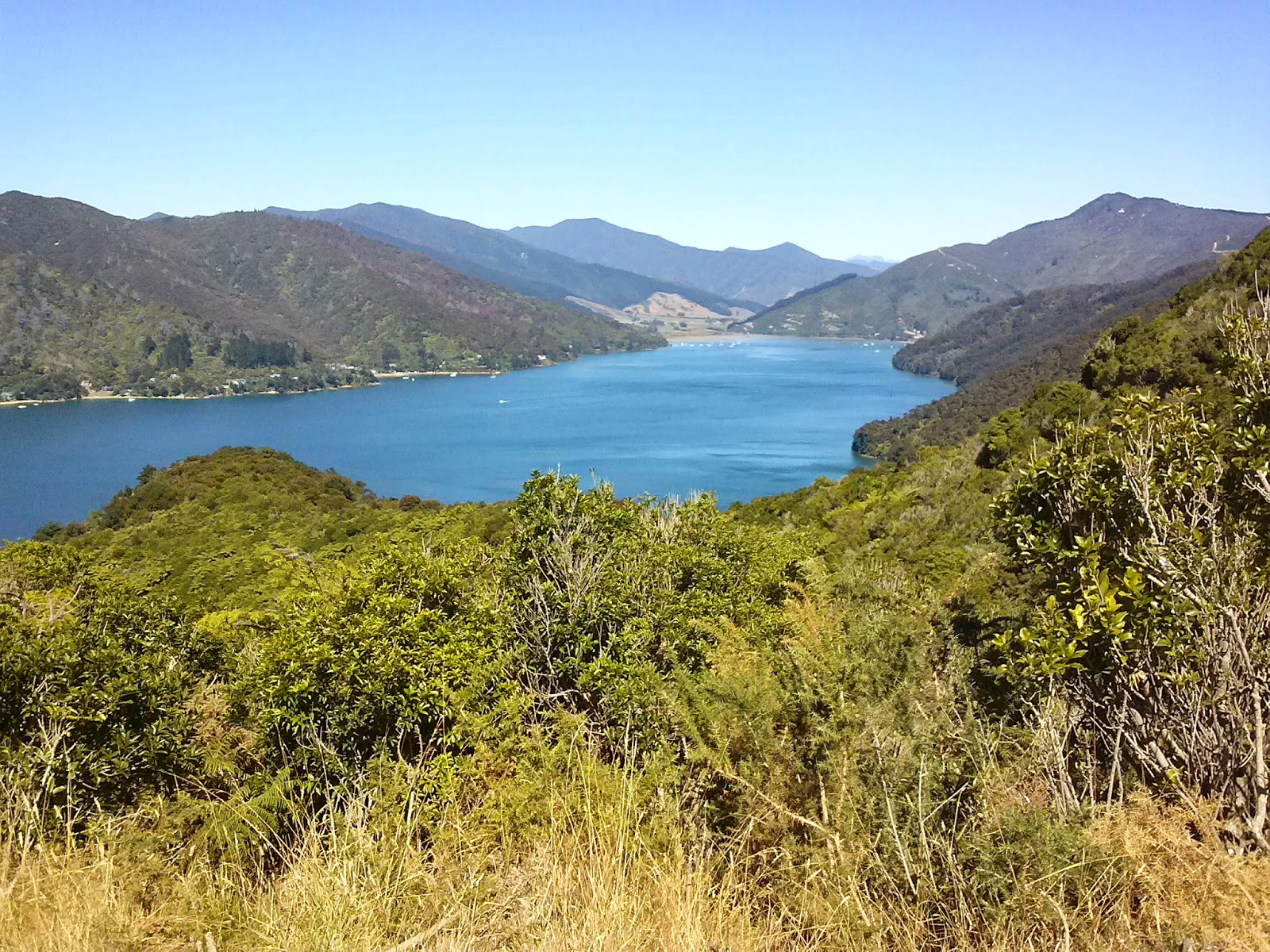 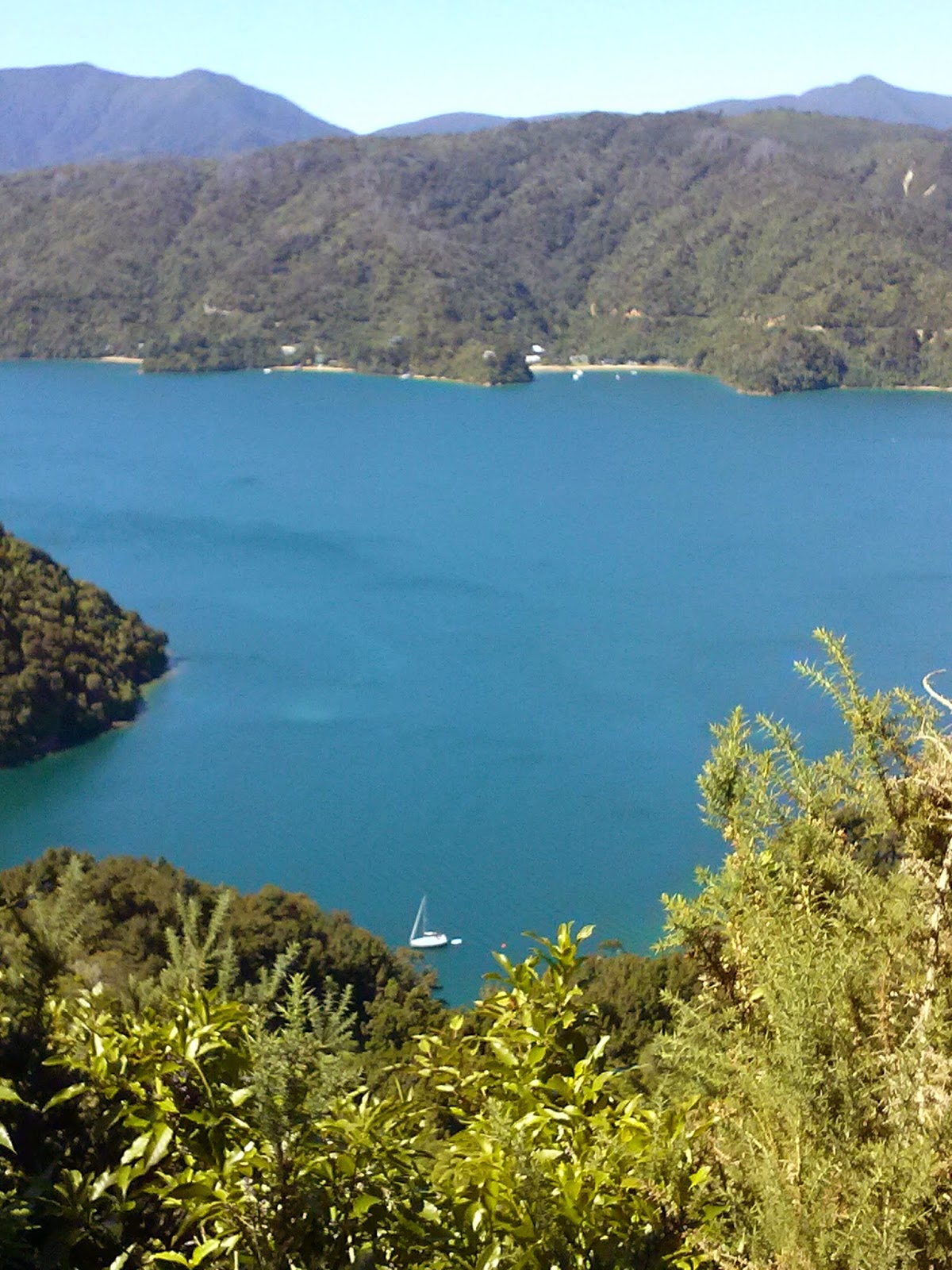 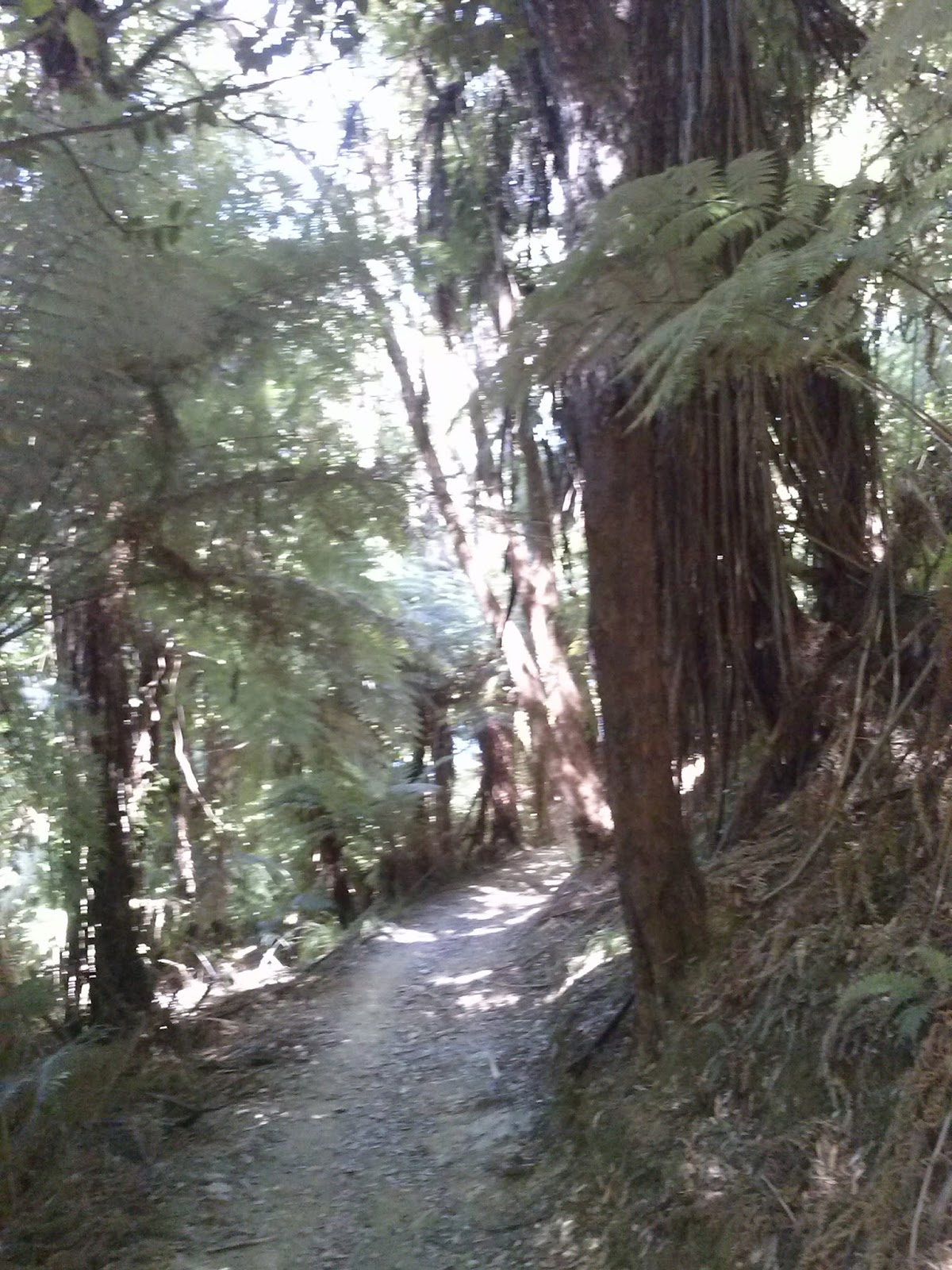