27th February Thursday
Woke up to another beautiful sunny day so showered and had a nice breakfast outside in the sun and nothing else. We packed up and left the campsite and drove down to the wharf to walk over the bridge onto Rabbit Island where there is a cycle trail that we were going to walk then come back to the Smokehouse for some chips. After wandering around for a while we asked a local where the bridge was and he said that it was miles away down the coast somewhere and the only way onto the island was by ferry, so plan B (no chips) drive to next location. We set off and the first place we passed was called Wakefield, so we stopped and took a picture of the signpost to send to Chris's brother who lives in Doncaster just down the road from Wakefield. When we got as far as Morchison we stopped and had a massive portion of chips to stop me from moaning. We then carried on to Buller Gorge swingbridge which they claim is the longest swingbridge in New Zealand. We also did a one and a half hour forest walk after crossing the swingbridge to a very nice waterfall. After this we drove to our planned stop at Lyell, a DOC site but when we got there and started to make a brew we were attacked by sand flies so we decided not to stay there and drove another 50k along a very winding road to Westport where we found a very nice campsite for the night (no flies). 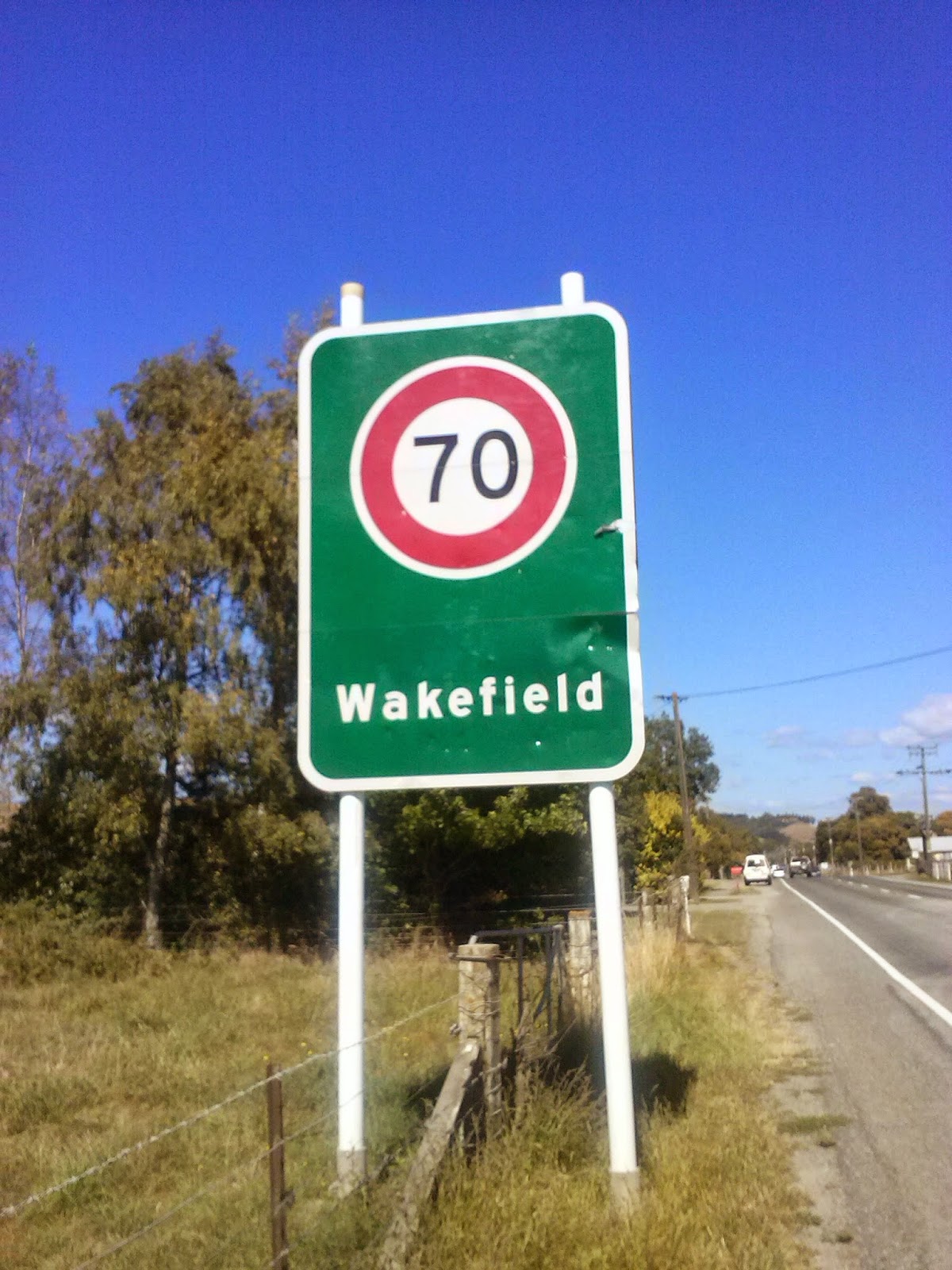 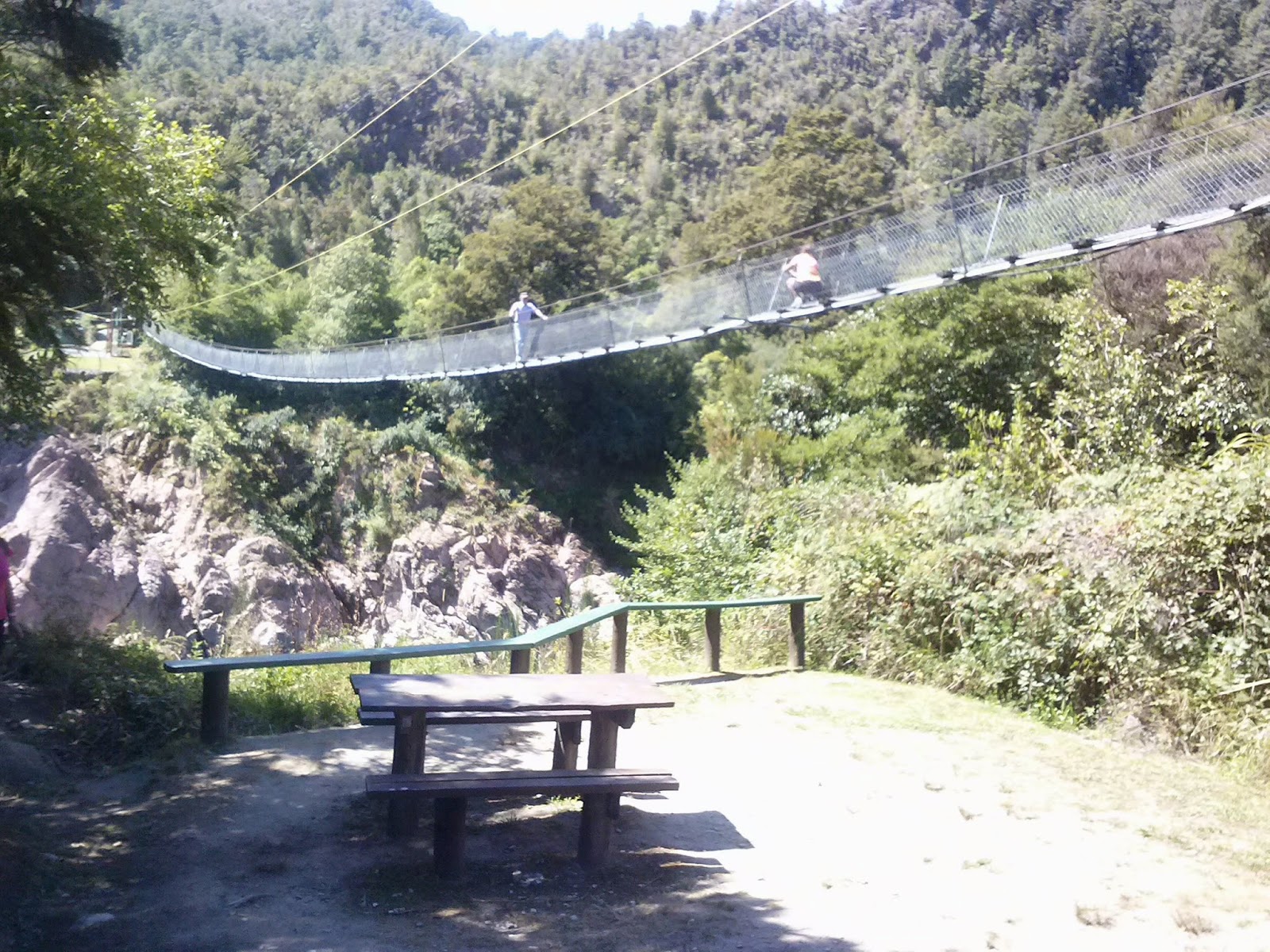 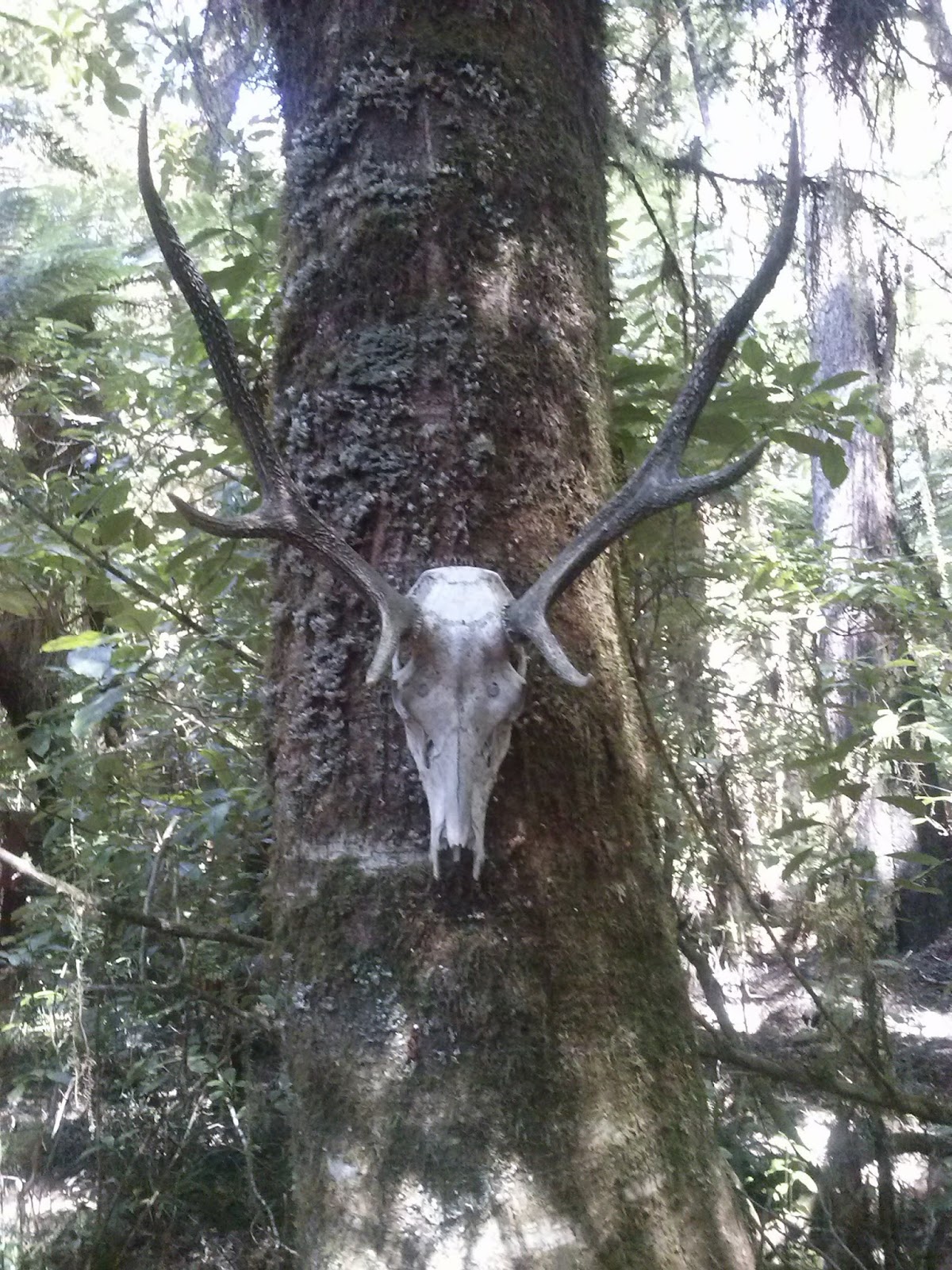 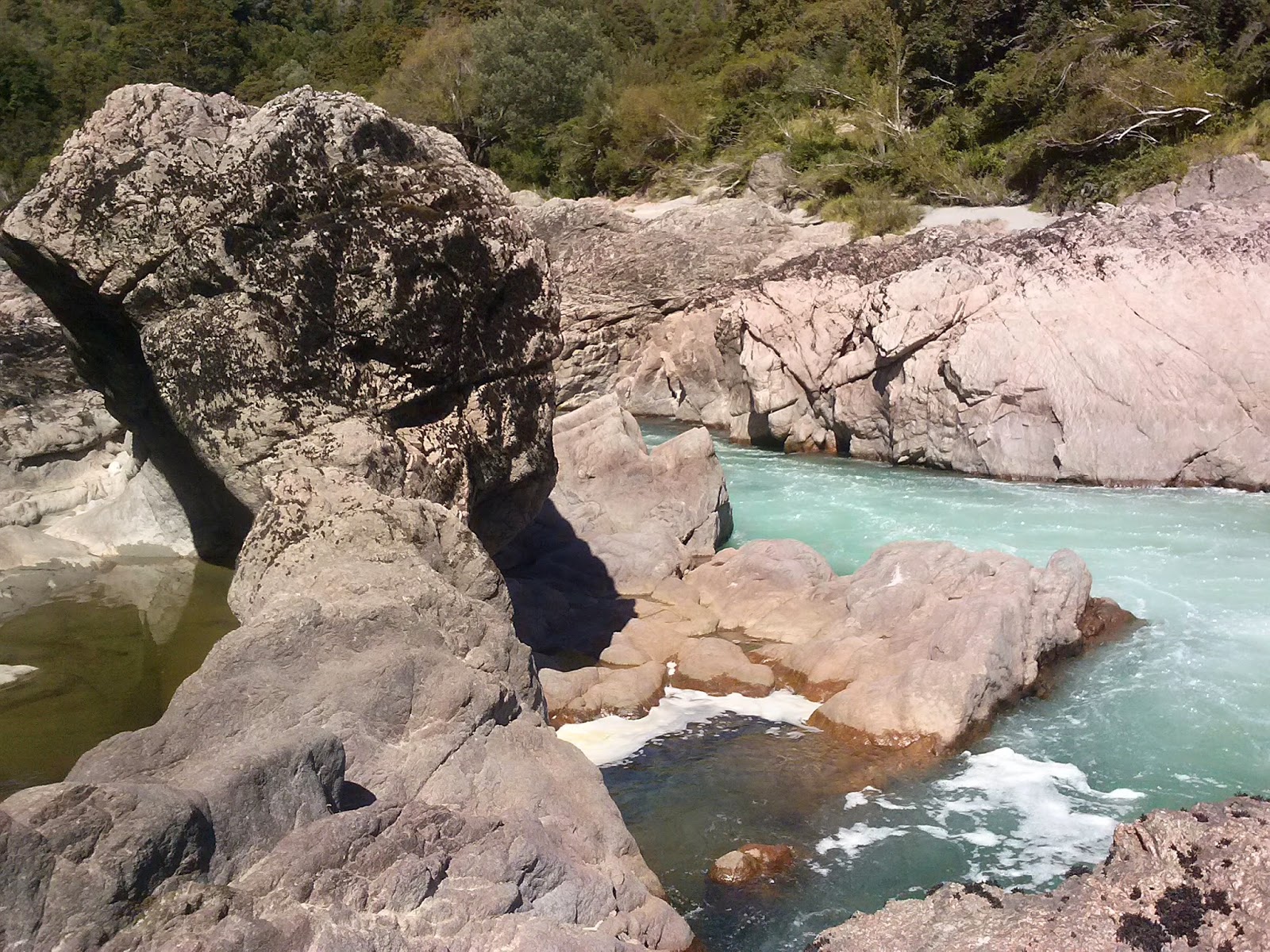 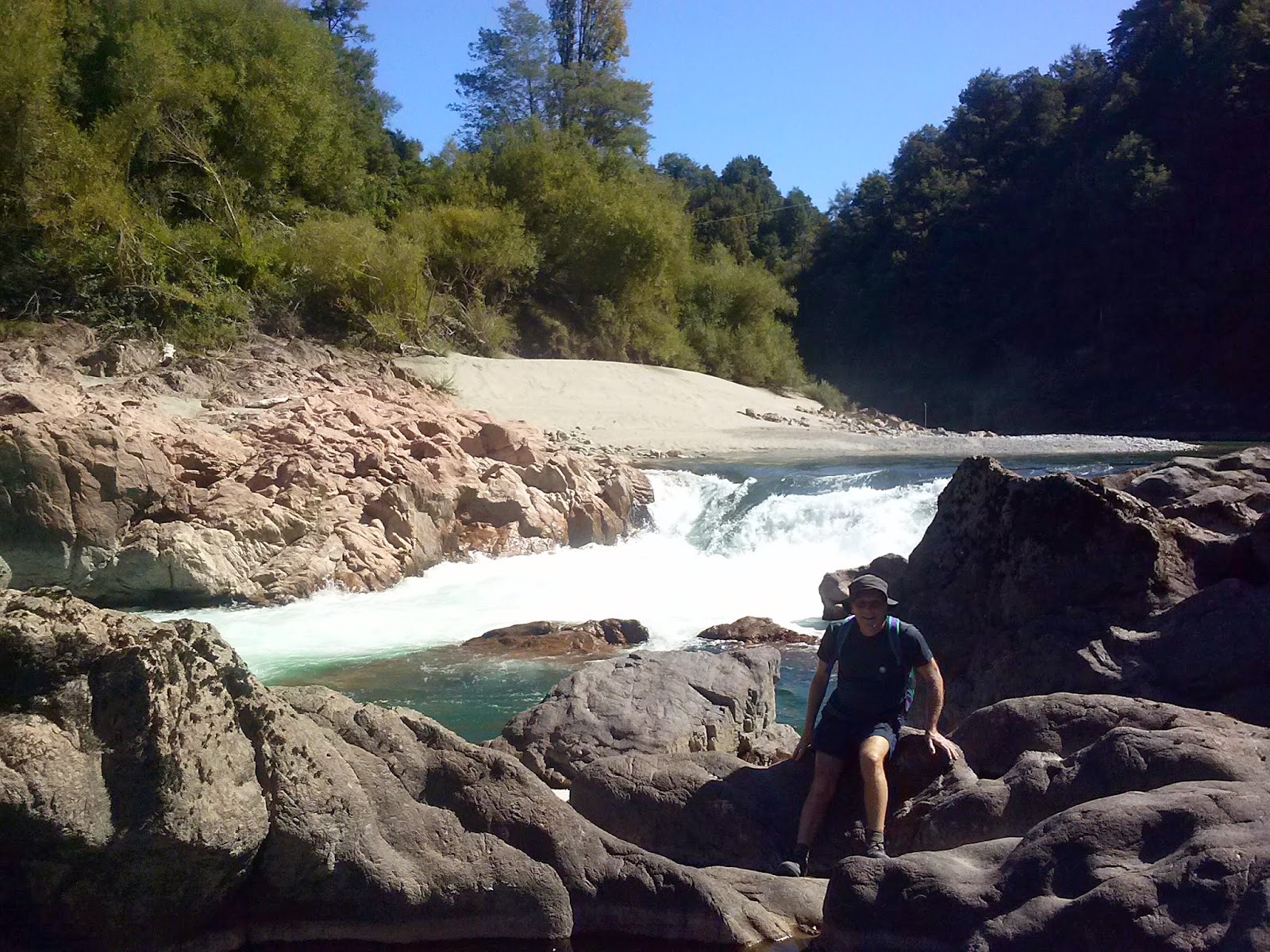